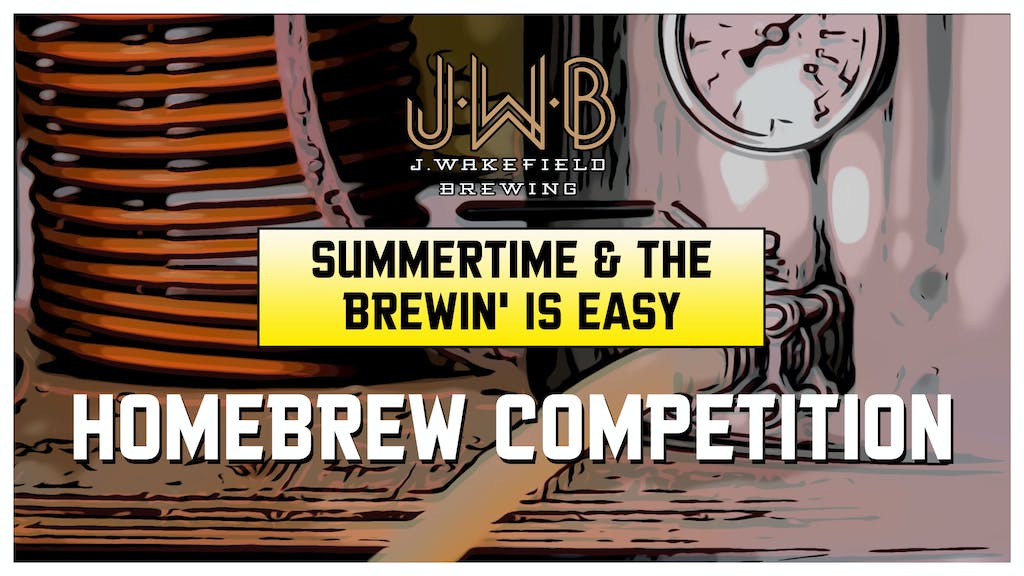 We’re excited to host our inaugural homebrew competition highlighting our local homebrewers and their craft. Enjoy up to 5oz pours from each homebrew station and vote for your favorite beer! There will be a “People’s Choice” and “Judge’s Choice” category. The People’s Choice will be determined by our community via voting tokens/tickets and the winner will be awarded a trophy in recognition. The Judge’s Choice will be determined by brewers and representatives from J. Wakefield Brewing. The Judges Choice winner will win a chance to scale up their winning recipe and brew it on our 15bbl production brewhouse with an opportunity to have their beer packaged in either 16oz four-pack cans or 750ml bottles.

This is a free event for all to attend. Must be 21+ to vote and consume alcoholic beverages.

Hard To Yell (When The Barrels In Yo’ Mouth)
A 12.2% Imperial Stout Aged in Reservoir Bourbon Barrel for 9 months conditioned with Madagascar Bourbon and Tahitian Vanilla Beans.

Shake It Like A Polaroid
A Mango Milkshake style India Pale Ale.

Our brewery taproom will be closing at 3:00PM to transition from our Bottle Release into our Homebrew Competition that starts at 4:00PM.